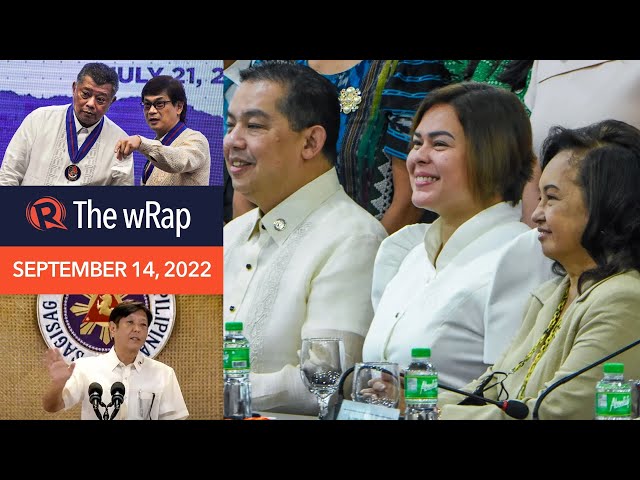 The House appropriations committee on Wednesday, September 14, swiftly ends deliberations on the Office of the Vice President’s P2.92-billion budget for 2023.

The Commission on Appointments on Wednesday, September 14, confirms the appointments of Justice Secretary Boying Remulla and Interior Secretary Benhur Abalos.

Philippine leader Ferdinand Marcos Jr. defends his late father’s imposition of martial law, saying it was necessary because he was simultaneously fighting communist and separatist rebellions.

King Charles, his sons Princes William and Harry, and other senior royals will join a solemn procession as Queen Elizabeth’s coffin is taken from Buckingham Palace on Wednesday, September 14, to lie in state in parliament.

Liza Soberano joins her Lisa Frankenstein co-stars, producer, and director in a selfie.

BLACKPINK drops the teaser for their upcoming music video “Shut Down.” – Rappler.com