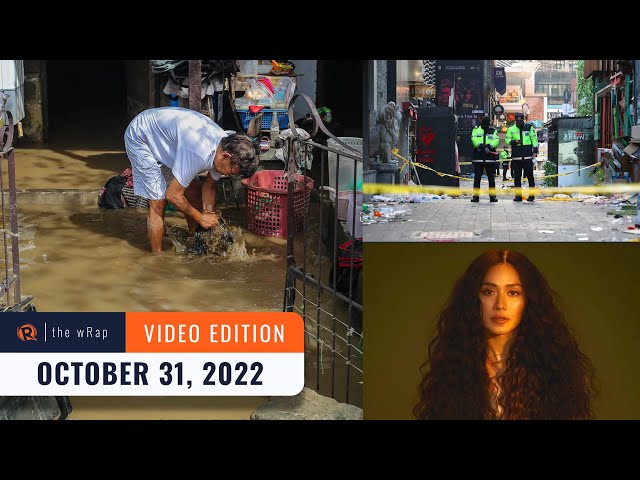 The National Disaster Risk Reduction and Management Council says, as of Monday, October 31, the death toll from Severe Tropical Storm Paeng climbs to 98.

Results from alleged middleman Crisanto ‘Jun’ Villamor’s second autopsy shows he died due to suffocation from a plastic bag.

South Korean Prime Minister Han Duck-soo promises a thorough investigation into the weekend Halloween crush at the Itaewon district that killed more than 150, many of whom were teenagers.

Donny Pangilinan and Belle Mariano tell the story of love on a deadline in their upcoming film, ‘An Inconvenient Love.’

Filipino pop star Sarah Geronimo reaches out to her estranged parents on social media. Sarah’s rift with her parents began after she married Matteo Guidicelli in 2019 without their knowledge. — Rappler.com