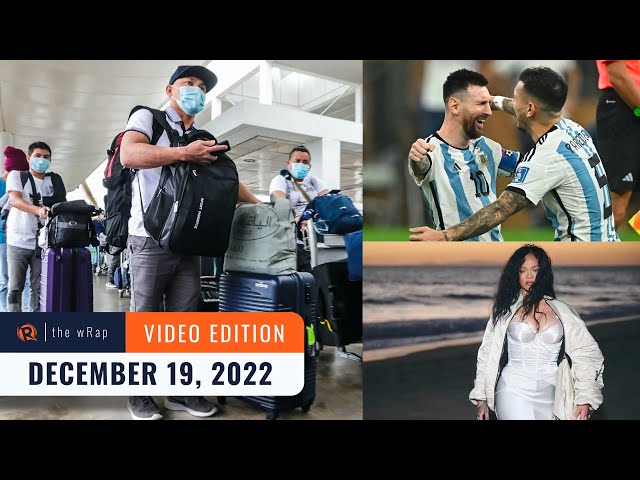 Overseas Filipino workers grapple with the impact of inflation this holiday season as the Philippine inflation rate hits a 14-year high of 8% in November.

The Philippine Stock Exchange declares its support for the establishment of the Maharlika Investment Fund, in contrast to other business groups.

Communist Party of the Philippines founder Jose Maria ‘Joma’ Sison, died on Saturday, December 17. He was 83.

Twitter CEO Elon Musk launches a poll on the social media platform, asking whether he should step down as head of the company.

Save the date, Filipino SHAWOLs! Choi Minho of K-pop boy group SHINee will be holding a fan meeting in the Philippines.

Rihanna surprises fans by showing her seven-month-old baby with A$AP Rocky for the first time! In a TikTok video, the singer shares a mother-and-son moment taken while they were inside a moving vehicle. — Rappler.com