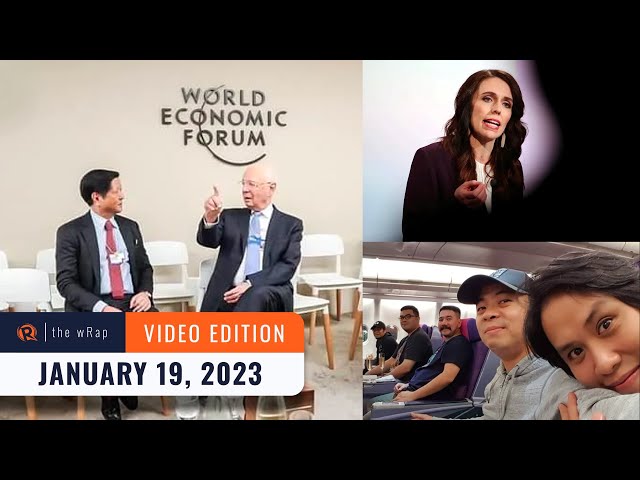 For President Ferdinand Marcos Jr., joining politics is a way to defend and ensure the survival of his infamous clan.

Former Presidential Management Staff chief and long-time aide to the Marcos-Romualdez clan Naida Angping ends the ‘time off’ she wanted. She is given a plum post in Paris as the Philippines’ ambassador to France.

New Zealand Prime Minister Jacinda Ardern announces she is stepping down no later than early February and will not seek reelection.

Pop singer Selena Gomez is reportedly dating The Chainsmokers member Drew Taggart. A source tells US Weekly, the two are ‘very casual and low-key’ and ‘aren’t trying to hide their romance.’

Parokya ni Edgar frontman Chito Miranda announces their band will start a fundraiser for guitarist Gab Chee Kee, who is currently hospitalized due to pneumonia, a complication brought on by his lymphoma. — Rappler.com