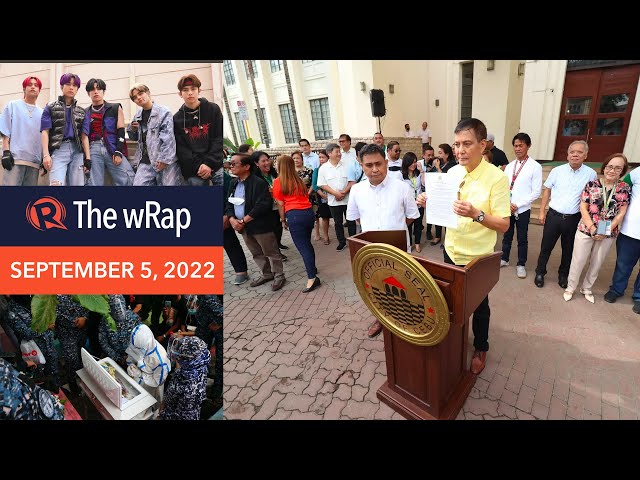 Filipino fans are in for a treat as more K-pop acts are set to come to the Philippines for a spook-tacular treat this October!

This is not a drill, A’TIN! P-pop powerhouse SB19 is finally embarking on its first world tour. The group on Sunday, September 4, releases a one-minute teaser for its upcoming WYAT or Where You At global tour, unveiling the confirmed cities and dates.

Janella Salvador indirectly confirms her split with Markus Paterson, after calling herself a ‘single mom’ to their son Jude.

Atasha Muhlach, daughter of star couple Aga Muhlach and Charlene Gonzalez, is chosen for the high society Le Bal des Débutantes, as a representative for the Philippines.

The cast of F4 Thailand: Boys Over Flowers are bringing their Shooting Star tour to the Philippines. Thai entertainment group GMMTV announces Manila is included in the series’ concert tour, which will feature Thailand’s F4. — Rappler.com