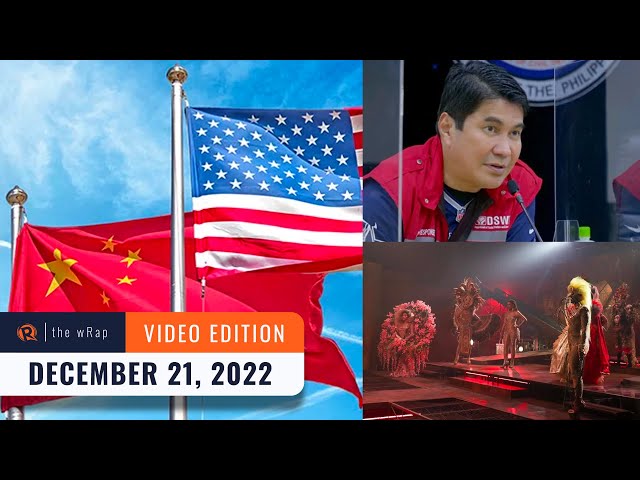 China condemns the United States over its latest move to back the Philippines against the continued presence of Chinese vessels in the West Philippine Sea.

Department of Social Welfare and Development Secretary Erwin Tulfo is absent from the 13th Cabinet meeting of President Ferdinand Marcos Jr., the last for 2022.

Pop singer Justin Bieber lashes out at clothing company H&M over clothes featuring his image and lyrics, saying the Swedish fashion giant had not obtained his approval.

The Metro Manila Film Festival Parade of Stars makes a comeback! The yearly MMFF tradition is a parade of floats inspired by the films competing in the festival that year.