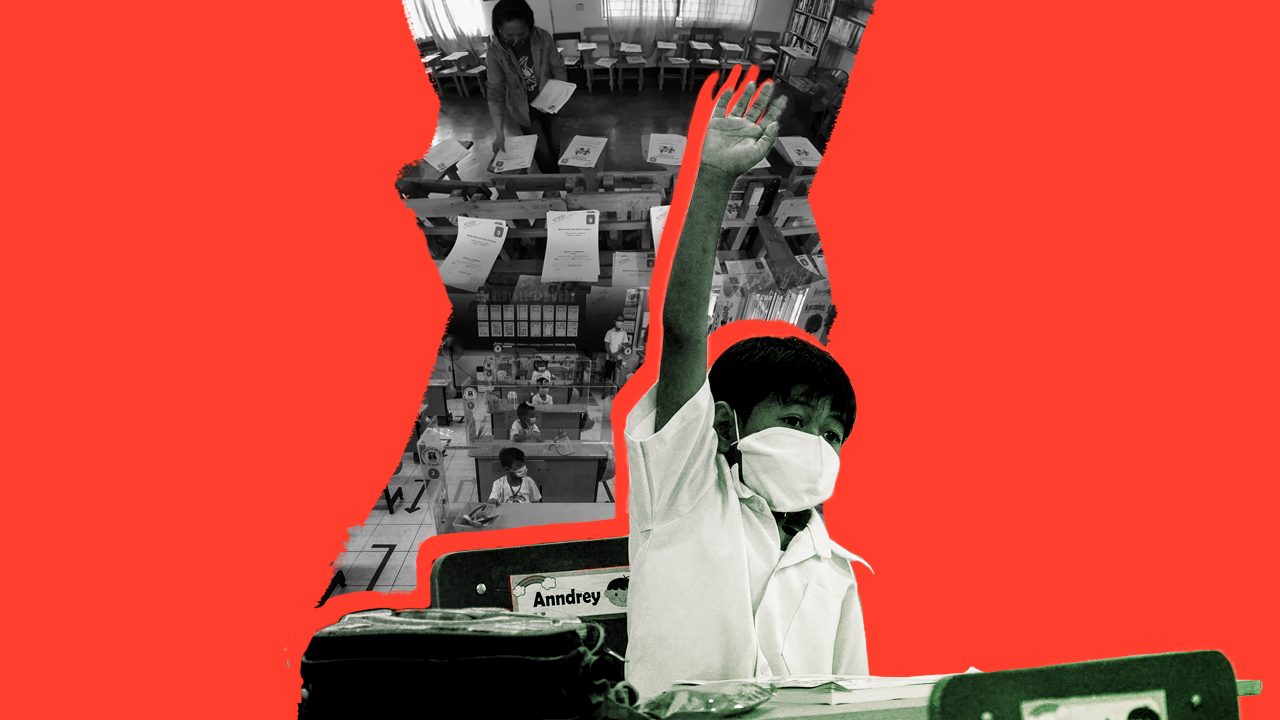 In 2021, the Philippines became the last country in the world to open its classrooms to children again.

For most of the year, the Department of Education (DepEd) continued its remote learning system from 2020, when the coronavirus pandemic first struck. This, despite criticism from various stakeholders about how the system was leaving the less privileged students and teachers behind because of the digital divide.

The Duterte government had always claimed that the decision to keep schools closed was in the best interest of the children, as COVID-19 vaccines were not available to the youth for most of the year.

When vaccination for minors did roll out, it was only for those aged 12 to 17.

College students, meanwhile, were allowed to return to their classrooms earlier. Rite-of-passage entrance exams were waived for a second year in a row.

The year also started with a bang for academic freedom. Students and alumni of certain institutions were caught up in President Rodrigo Duterte’s ongoing crackdown on progressive groups. Schools and universities were red-tagged.

Here’s a review of education in the Philippines in 2021.

In September, Duterte finally agreed to allow a pilot run of limited face-to-face classes in areas in the Philippines deemed low-risk.

More programs in colleges and universities were gradually included in the coverage of face-to-face classes.

The issues with distance learning from 2020 spilled over into 2021. Some of the problems that persisted were connectivity issues, academic dishonesty, and the quality of education that came with the prolonged remote setup.

The education department also took offense after the World Bank put out a report on poor learning results among Filipino students in July.

College entrance tests, deemed rites of passage for entering universities in pre-pandemic times, were suspended for the second year in a row. Here are some of them:

2021 opened with the Duterte government unilaterally ending an accord that prevented armed forces from entering the state university, the University of the Philippines. This sparked calls to protect academic freedom in an institution known to fight for it since the Marcos dictatorship.

Advocacy groups also continued calls from 2020 for the administration to attend to the numerous flaws in the distance learning system.