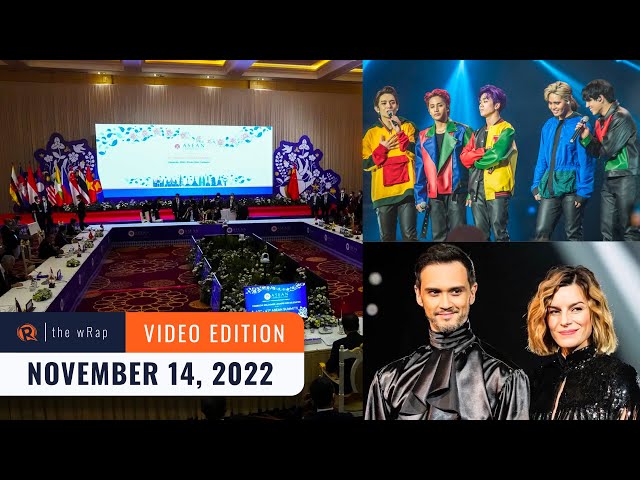 President Ferdinand Marcos Jr. tells the Association of Southeast Asia Nations, the region needs to make sure the South China Sea ‘remains a sea of peace,’ security, stability, and prosperity.

Police say a 16-year-old Grade 9 student was behind the Facebook account that threatened to bomb students in Taguig city.

Democrats hold onto control of the US Senate, handing a major victory to President Joe Biden, extinguishing hopes of the ‘red wave’ Republicans expected leading into the midterm elections.