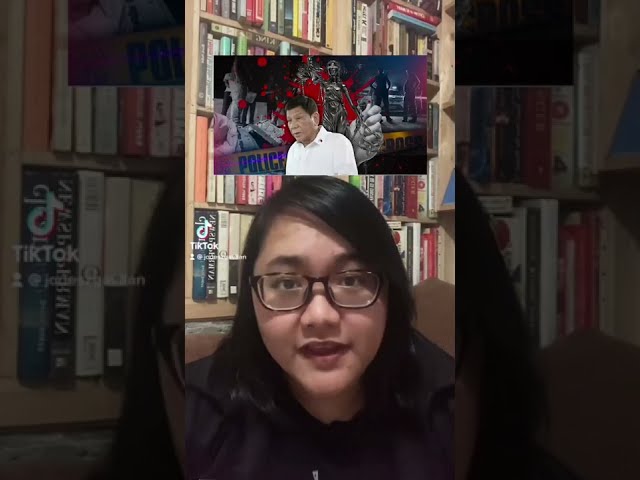 MANILA, Philippines – There is no denying that the rhetoric of President Rodrigo Duterte is one that promoted violence.

Over the past six years, “kill” and other related words were a staple in his public speeches. And, more often than not, these violent rhetoric did not just stay as words but had become policies that targeted many sectors in society, most especially the most vulnerable.

It’s not that Duterte himself did the killings, but his policies made a culture of impunity the norm in the Philippines.

Philippine Human Rights Information Center (PhilRights) executive director Nymia Pimentel-Simbulan said that Duterte’s legacy would be the “institutionalization of state violence” in the country, adding that he has done this not just in his war on drugs but also in other aspects of governance.

As Duterte steps down from office, Rappler takes a look at the number of lives lost in different sectors during his administration.

Duterte waged a war against illegal drugs in the Philippines. But at the end of his six-year term, there is still no strong indication that he really ended or even just dented this problem. He succeeded, however, at smudging roads and alleys across the country red with blood. His drug war campaign targeted the poorest communities, killing alleged drug personalities without them seeing a day in court.

Government data shows that at least 6,252 people were killed in police anti-drug operations from July 1, 2016, to May 31, 2022. This number does not include those killed by unidentified perpetrators – also called victims of vigilante-style killings – whom human rights groups estimate to be between 27,000 and 30,000.

Rappler, in September 2020, obtained government data showing that at least 7,884 drug suspects had been killed by the police since Duterte assumed office in 2016 until August 31, 2020.

Justice remains elusive for thousands of families left behind by victims, as only one case has led to a conviction so far – the killing of 17-year-old Kian delos Santos in 2017. Their families continue to face challenges in terms of getting the right documents from police to help their cases. Many also choose not to pursue legal actions, fearing for their safety under a climate of impunity.

Even the Commission of Human Rights, mandated by the 1987 Philippine Constitution to investigate state abuses, was consistently hindered by the Duterte government from doing its job. In a report released in May, the commission said its probes were “hampered by the predilection and uncooperativeness” of government agencies involved in the war on drugs.

Because of the dire situation regarding domestic mechanisms, families and human rights groups are banking on the International Criminal Court (ICC) to help provide justice for the victims. The ICC’s Office of the Prosecutor began its formal investigation into drug war killings in September 2021, but has since temporarily paused the probe as a matter of procedure. It has, however, asked the Duterte government to prove that it was genuinely investigating the killings.

Read Rappler’s coverage of the war on drugs:

The concept of human rights was heavily demonized under the Duterte administration. Dissent seemed to not have space anymore as those who dared oppose or even just call out problematic policies faced the wrath of the President himself, his allies, and the massive online propaganda network aligned with the state.

The National Task Force to End Local Communist Armed Conflict (NTF-ELCAC) and its supporters, enjoying massive state resources, consistently red-tagged individuals and groups as it continued to blur the lines between activists and actual communist rebels.

Activists and human rights defenders were attacked both online and on the ground. Tarpaulins bearing their photos and accusing them of recruiting the youth to join the communist insurgency became a common sight across the Philippines. On social media, Facebook pages linked to police and other state agents published disinformation targeting those who dissented.

The threats and harassment hardly stay as words. As of December 2021, rights group Karapatan had documented 427 incidents of killings since July 2016. There were also least 537 recorded cases of frustrated killings.

Meanwhile, at least 1,161 activists have been arrested and detained over the past six years.

Activists, human rights defenders, and grassroot organizers definitely bore the brunt of the Duterte administration’s war on dissent. And with the anti-terror law in effect, they now continue to face a dangerous future.

Read Rappler’s coverage of the fight of activists and human rights defenders under Duterte:

The Philippines is one of the most mega-biodiverse countries in the world, but it has its share of challenges.

Not much has changed six years after President Duterte came into power, despite him initially promising to protect the environment. In fact, it has become more dangerous for environmental defenders as they continue to fight development projects that threaten the country’s rich biodiversity.

In 2021, for the eighth straight year, environmental monitor Global Witness named the Philippines as the deadliest country for land and environmental defenders in Asia. The country ranked third globally, just below Colombia and Mexico.

At least 166 killings of land and environmental defenders were recorded in the Philippines from 2016 to 2020, according to Global Witness. This sector is vulnerable to attacks because of lack of resources, powers, and support.

Read Rappler’s coverage of the environment and the challenges faced by defenders:

Duterte did little to nothing to show he valued press freedom.

The Philippines ranked 138th out of 180 nations in the World Press Freedom Index for 2021, citing the Duterte government’s continued attacks against the media. The President himself was named by the Reporters Without Borders as one of the world’s “press freedom predators.”

Journalists and media outlets were also red-tagged by the NTF-ELCAC, while also on the receiving end of threats and harassment online.

But, in many cases, these online attacks did not stay as empty threats.

At least 23 journalists and media workers were killed under Duterte, based on a tally by the National Union of Journalists of the Philippines. There were also at least 32 recorded incidents of media workers red-tagged or accused of having communist links.

Aside from the killings and red-tagging, journalists and media workers were at the risk of losing their livelihood in the face of continued threats and harassment under Duterte. Many lost their jobs as the Duterte administration rejected a new franchise for ABS-CBN, forcing the largest broadcasting network in the Philippines to shut down.

Lawyers and other members of the judiciary were not spared from the culture of impunity and violence that permeated daily life in the Philippines under Duterte. The hostility they often faced as part of their work translated into physical threats that took so many lives in the past six years.

At least 66 lawyers, prosecutors, and judges were killed from July 2016 to June 21, 2022. At least 14 of the total killed were former or current prosecutors, while nine were retired or former judges or justices.

The total death toll is collated by Rappler based on monitoring by various sources, including the Supreme Court, the Department of Justice, the National Union of Peoples’ Lawyers, and the Free Legal Assistance Group. Their tally differ since there are victims excluded in the counting of some groups as preliminary investigation showed their deaths were allegedly not work-related.

Still, the total number of people who were part of the legal profession killed during the Duterte administration surpassed the numbers of victims under previous presidents. In fact, 49 lawyers killed from the administration of the dictator Ferdinand Marcos to Benigno Aquino III, spanning 44 years, compared to 66 during Duterte’s six years.

The heightened violence has prompted urgent calls from legal groups – including the Integrated Bar of the Philippines – for a “nationwide effort to protect our lawyers and judges.” The Supreme Court in March 2021 released a statement, condemning the killings, and vowed to push for institutional changes.

Read Rappler’s coverage of attacks against lawyers and members of the judiciary in 2021:

Violence consistently permeated the Philippines, as reflected also in the high number of local chief executives killed since Duterte took office in 2016.

Based on monitoring by Rappler, at least 18 mayors and 10 vice mayors have been slain since July 2016.

It can be remembered that local government officials were also targeted by Duterte’s war on drugs. During the first few months of his administration, the President publicly accused several mayors of being involved in the illegal drug trade. In January 2017, he threatened them to either resign or face death.

Aside from vice mayors and mayors, several other local government officials were also slain in the past six years. In December 2018, families of slain politicians in Pangasinan published an open letter to Duterte, urging him to help bring justice to their loved ones.